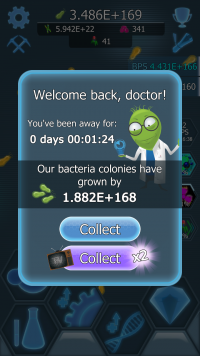 Most reward types have a cooldown before they can be claimed again. In the case of research ads, the cooldown becomes active after watching a second ad.